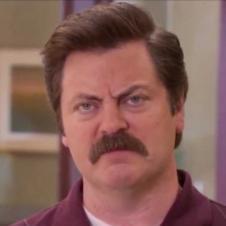 Lightly tapped together, sitting on the bench.  Might actually become a chair one day.

I'm going to take an extra day to go over the chair with a fine toothed comb, so to speak.  I want to have every issue dealt with an sanded smooth to 220 grit.  I'll likely do that tomorrow and have t