Anyone ever cross-threaded the arbor of their table saw? 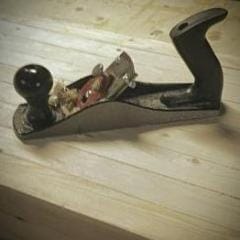