My first efforts in Woodworking 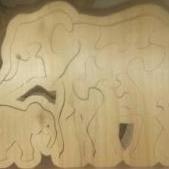