What Should I Get for the Shop?

Yes, I am missing a bandsaw. So far I have been getting by with a jigsaw when I was making curved cuts.  I guess the only reason that I was considering the bench first is that I really do like do

Me too. Folks who are unsure if they need a jointer are either doing things that don’t require well milled stock or are comfortable wondering why their parts don’t align well . 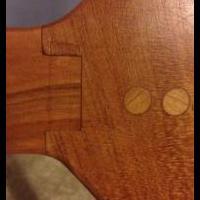 In regards to the spindle sander, it's a real nice tool to have, esp for small stuff. With bandsaw boxes you really can't sand the inside as the fit is predicated on the slightly irregular cut lines m