Advice on how to reseal large outdoor posts with a matte that were recently sealed with gloss. 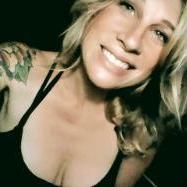 By Daisy-del,
August 9 in Finishing