The opposite of fine woodworking holiday scavenger hunt box. 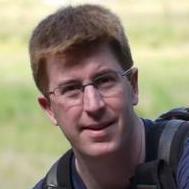 By Isaac,
December 2, 2018 in Video and Project Showcase