Has anyone ever found Live Oak for sale? 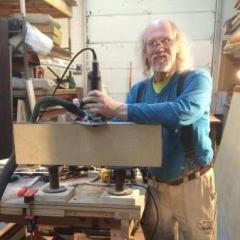 Built plenty of stuff out of dead oak...... Bada boom

Are you trying to encourage me into building a superfrigate?  Because you have.

I would love to see pictures of any projects anyone has finished. I have done a few little projects with live oak and I love the grain pattern. But as many have said already, patience is the key.