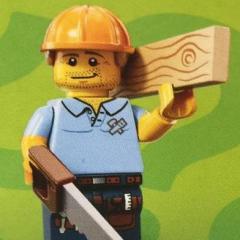 We've ended up with discussions of this series of machines scattered across the site, so I though I'd put my views here in the Product Reviews section.  I have the A3-41 (16") combo unit with spiral c

I was not aware that forgetting to disengage the rollers would be harmful. On the other hand, not engaging them when thicknessing (planing) may cause them not to feed properly. I purchased The Ha

I'm not sure I understand this: Why? Most of them are used by people too busy to be on the forums