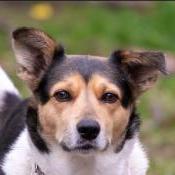 Been wondering the yard with my camera a bit here and there. Thought I'd share a couple snaps that apealed to me. These dahlia are very pretty I hope that the plant keeps producing all summ