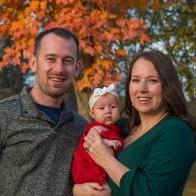 It's been a while. I've still be chugging away but the Olympics are on and I dialed back shop time to watch curling and a few other thins with Megan. Out of the clamps and right side up the case

Man I'm kinda slacking on updates. Last weekend I applied the finish so I've been sitting on pictures for a week. The doors were simple frame and panel doors make them a bit big and size them to the o

One of the last things to be completed for the dresser was to create some dividers for the main drawers. This was discussed but never implemented as we were unsure what kind and size of dividers we'd